The Vaccinated are MORE Susceptible to Omicron 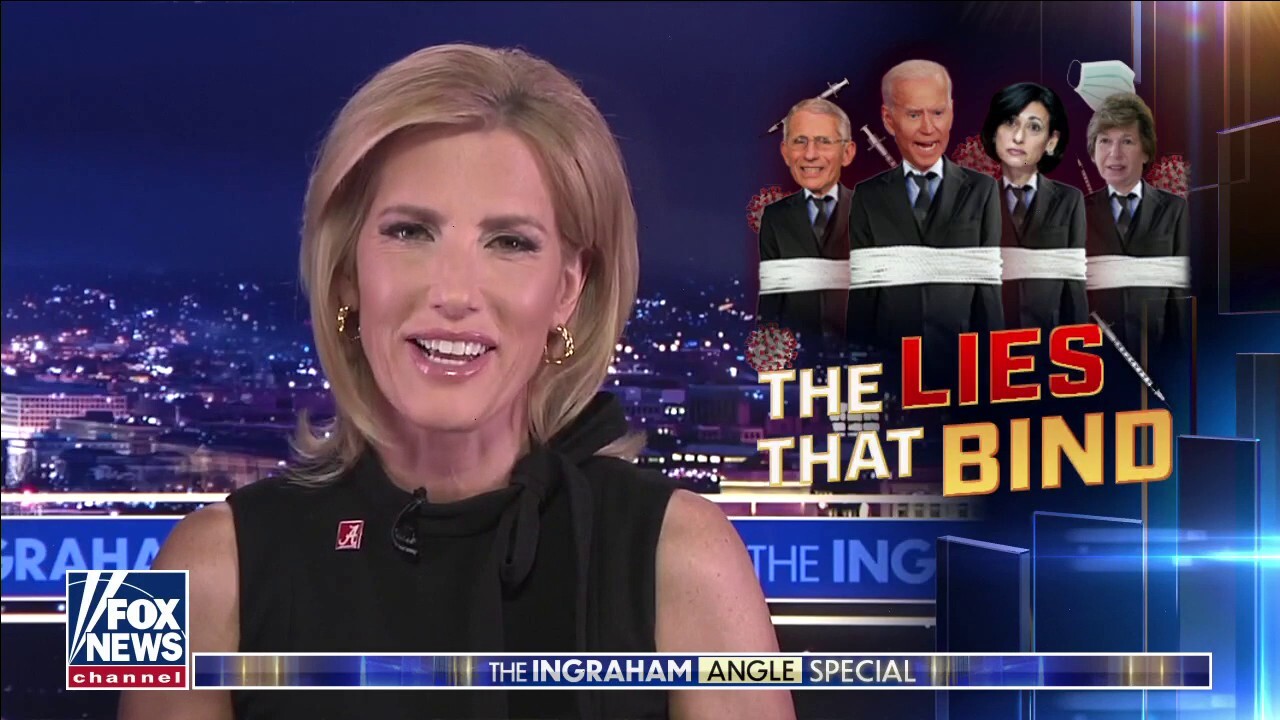 Laura Ingraham said the 'lies' that have bound President Biden, the Democrats, and the media together are coming apart Monday on 'The Ingraham Angle.'

"A fantastic piece today in the Wall Street Journal correctly notes that one study found that after 30 days, the Moderna and Pfizer vaccines no longer had any statistically significant positive effect against omicron infection, and after 90 days, their effect went negative -- i.e. vaccinated people were more susceptible to omicron infection," Ingraham reported."

This backs up what I've been seeing with all my friends and family. The vaxx'd are getting Omicron and my unvaccinated friends are not. Right now I have 2 friends in the hospital and a third suffering enough to almost go there due to Covid and they're vaccinated. For 2 years, NONE of my family caught covid and within a week I had 3 members come down with it, all vaccinated.

The vaccine mandates won't help at this point to stop anyone from getting the virus. The vaccines MIGHT stop hospitalization but again, I have vaxx'd friends in the hospital and right now no unvaxx'd ones. How about you? Do you see this trend?

I think this is alarming.

It's really hard to figure out, given the way so much "disinformation" has proven to be true over the last couple of years. Whether it be seroprevalence studies, the lab-leak theory, whether cloth masks are effective, the list just seems to keep on growing.

Now we're told it's a "pandemic of the unvaccinated" with no consideration given to people who contracted the virus and recovered naturally. The vaccine mandates grow, despite the fact that the vaccinated can spread the disease just as easily as the unvaccinated. Because, you know, the only rational thing to do is exclude people who pose no more risk to society than anyone else.

Recently it was suggested that the omicron variant had evolved among the unvaccinated. But it seems to affect the vaccinated just as much, if not more so, than the unvaccinated. Personally I find it much easier to believe that omicron evolved within a vaccinated person as a result of an early breakthrough infection. A vaccinated person whose body is able to identify and destroy the virus based on the appearance of the spikes would appear to be an ideal host for multiple mutations of the spike to develop, with rapid selection on hand to weed out mutations that would not evade the protection.

If nothing else, a "vaccine" that tricks our bodies into producing copies of the spike proteins would appear to offer more limited protection if the spike proteins mutate. Natural immunity derived from successfully fighting off the virus would indicate our bodies recognise some aspect of the virus, which could be one or more attributes of how it appears and be more wide-ranging than just the spikes.

Having read this yesterday, I do think there needs to be more research into the information. Yet, it seems that the vexed are getting the new strain much more. Many of the people getting the new strain are not very sick. Not saying that there aren't those who get very sick. I always base how alarming these new variants are oh hospitalizations and ICU beds for the COVID. IN my city, there has been little noticeable difference though the infections are high.

Like you, Lamb, I have known more than a few people testing positive in the last week. Those that I have known have had fairly mild symptoms and better in about 3-4 days.

Just about everybody I know who has had the virus lately has been vaccinated against it.

My wife and I aren't vaccinated and, since we had the virus nearly two years ago, haven't even had a cold. A friend who had it around the same time we did is the same - unvaccinated and apparently in better health than ever. 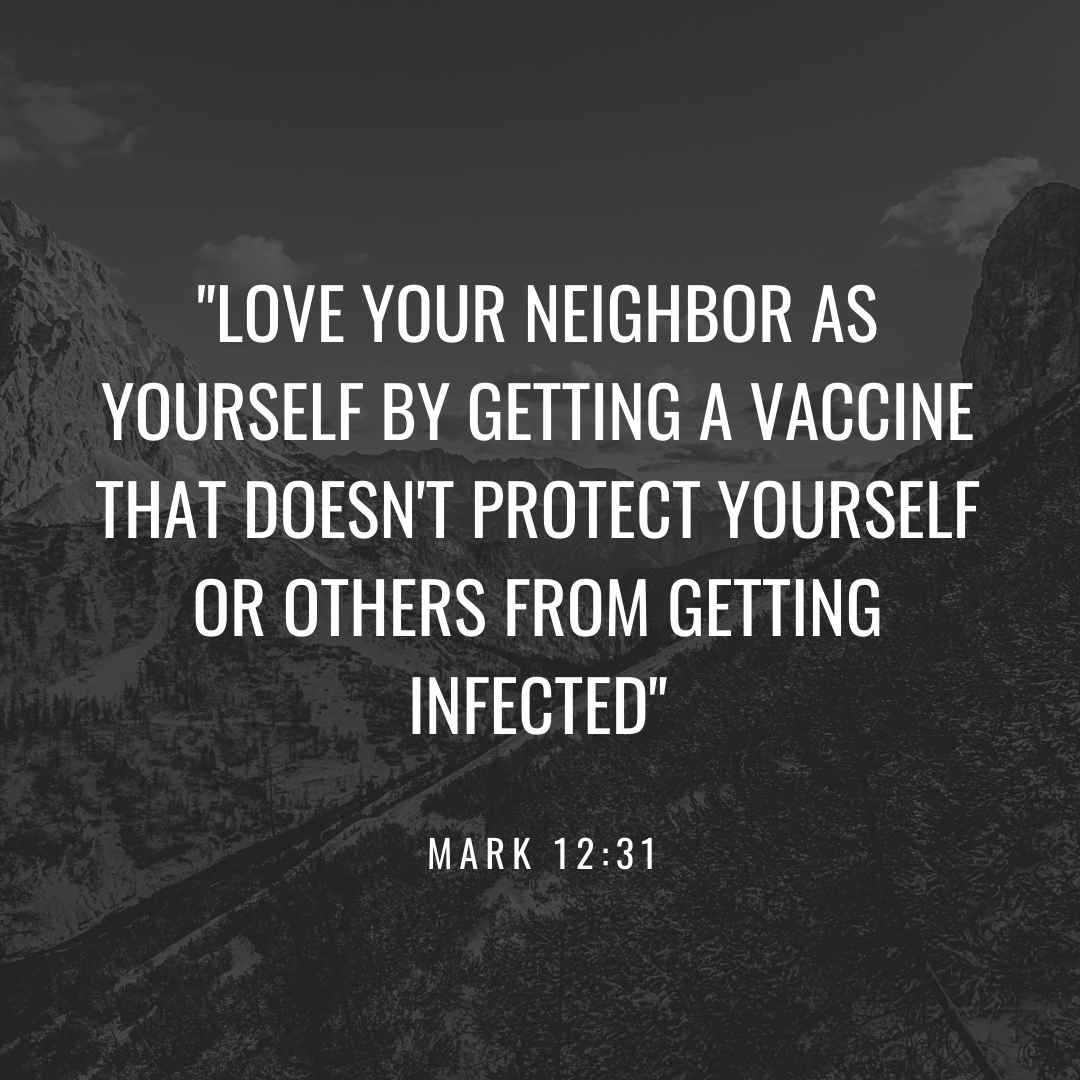 Well hopefully this will all go away soon..

Composer and Artist on Flat Earth

Andrew said:
Well hopefully this will all go away soon..

It will not. At least, it won't unless there is such massive rebellion and non-compliance that "the program" is halted early.

Go to page 1 of 60 (after the table of contents). Here you will see the project approval date and the project end date. Given the "substantial" amounts of $$ put forth by the World Bank, I reckon we know how so many of the politicians are being bought off.

The other significant thing about 2025 is the deagle.com prediction. This prediction predates 2020 by at least 4 years and describes a massive reduction in populations worldwide. Deagle has since changed their website to hide this data, but the predicted reductions in human population are still archived, and can still even be found in youtube videos going back to at least 2016. For those who don't know, deagle.com is something of a clandestine military website.

In my view "Delta", "Omicron" and other variants are simply the scapegoat for the injuries and death happening to the vaccinated. Mind you, not everyone who got the jab got the real thing. I've seen data suggesting that at least 1/3 of the jabs are simple saline solution. This makes sense, since too many deaths at once would be too obvious. That being said, I've also seen data suggesting that for those who got the real thing (either initially or boosters some point down the track), that an increase in death *by stealth* will happen within the next 5 years. More people will die from various conditions than normally over the same period because of various toxic aspects of the jab, including erasing genes that are the human body's natural defense against various diseases, such as cancer. Simply stated, an increase in death is to be expected over the next several years, but most will not link it to the jab(s). They will be blaming variants, or whatever the corporate news tells them.

The following woman knew in 2019 that a pandemic was coming. How? Well, she does research, like some of us, and distrusts media from corporations. The latter is something way too many people cannot let go of. Their T.V. "news" and "entertainment".

The next pandemic is just around the corner!

It does seem that it doesn't matter if the person is vaccinated or not with this variant, but those who are getting it are getting fairly mild cases of it if they are vaccinated. I have had several of my clients and my brother in law has had it also and one of my coworkers son has had it.
My family and I are doing well right now and have not gotten it as far as we know.
H

here is a summary of recent studies. How Effective Are COVID-19 Vaccines Against Omicron?

This looks at real world effectiveness in NY and Seattle and find the same thing as NJ. A Growing Gap
Last edited: Jan 14, 2022

My 82 year old father in law has it right now. We were with him Monday and he wasn‘t sick then but came down with a sore throat on, I think Tuesday. Yesterday he had a little breathing trouble and tummy troubles,
He also had some kind of infusion yesterday to help. Last Imheard, his pulse/ox was good.
I just received a text from him and he says there is improvement today,
You must log in or register to reply here.
Share:
Facebook Twitter Reddit Pinterest Tumblr WhatsApp Email Share Link
Top Bottom